Amazonite is a beautiful blue-green mineral which can be found in the United States as well as other parts of the world. Although Amazonite is sometimes referred to as “Amazon Stone,” it does not come from the Amazon River, but it has been found in Brazil.

Amazonite is a green variety of microcline feldspar.

In the United States, Amazonite has been found in both Colorado and Virginia. On the left is a specimen of Amazonite from Jefferson, Colorado. 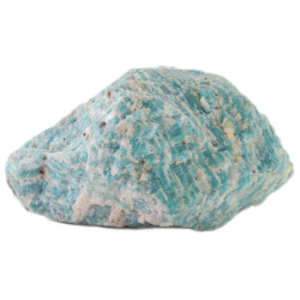 "Currently, we are only shipping to the US and Canada, however, we are working with our shipping partners to negotiate more reasonable shipping costs to countries. If you would like to know when we expand our shipping overseas, please complete the form link.